​Predation Risk Effects on Physiology and Nutrient Cycling By Prey 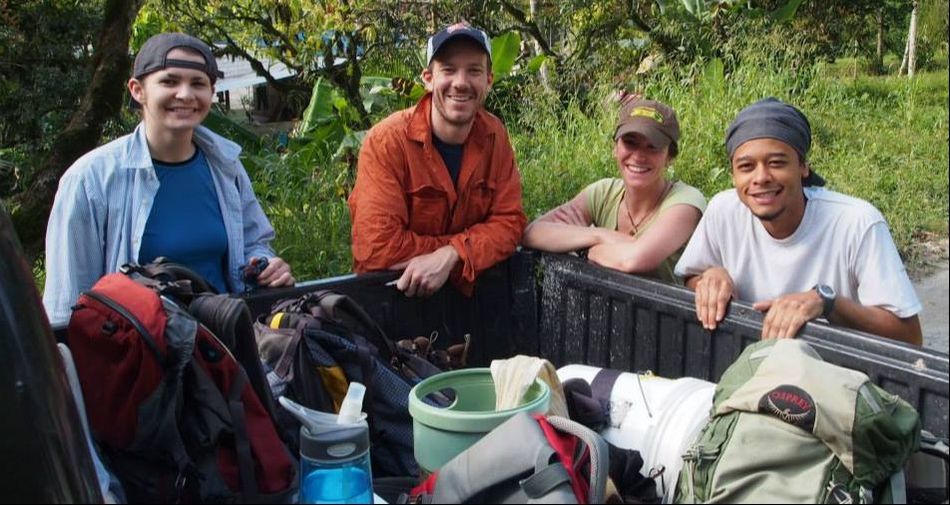 Field crew preparing to start a day sampling streams and guppies
Working with collaborators from Drexel University and Universidade do Estado do Rio de Janeiro, and the University of Victoria, I investigated how predation risk affects the nitrogen and phosphorus excreted by prey, using the Trinidadian guppies as a model system. Using a combination of field surveys, field experiments, and controlled lab studies, I found that predation risk reduces guppy excretion by 40%, by reducing metabolism and amino acid catabolism. Results were consistent in the field and in the laboratory. Lab studies demonstrated that reduced amino acid catabolism was an adaptive response to reduced food consumption under risk. Guppies retained tissue protein for longer under predation risk despite consuming less food.  These changes resulted in a reduction in the amount of nitrogen recycled by guppies into aquatic ecosystems.
​Publications in Ecology, Oecologia, Integrative and Comparative Biology 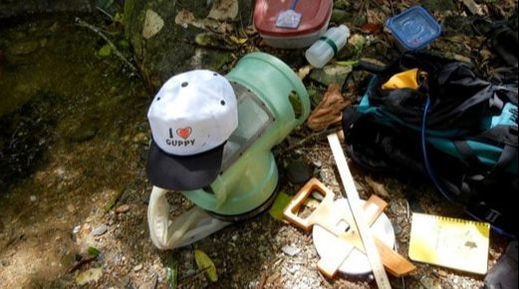 Equipment used in field survey of streams in Trinidad

Guppies were assessed in the lab and the field for various traits related to their evolutionary history
Traits of organisms can evolve over short periods of time, and we investigated how change in the resource abundance and predator community altered the metabolic, digestive, and nutrient-related traits of guppies. Using field surveys and lab experiments, we found that guppies from sites without predators had evolved longer guts and altered enzyme expression, presumably to cope with the low quality food that dominates in predator-free streams. This led to altered tissue and excretion phosphorus in guppies from these sites. Related research by Dr. Karen Sullam showed that the gut microbial communities of guppies from different sites had diverged and could be induced by varying guppy diets in the lab. Publications in Oecologia, PLOS ONE, and The ISME J 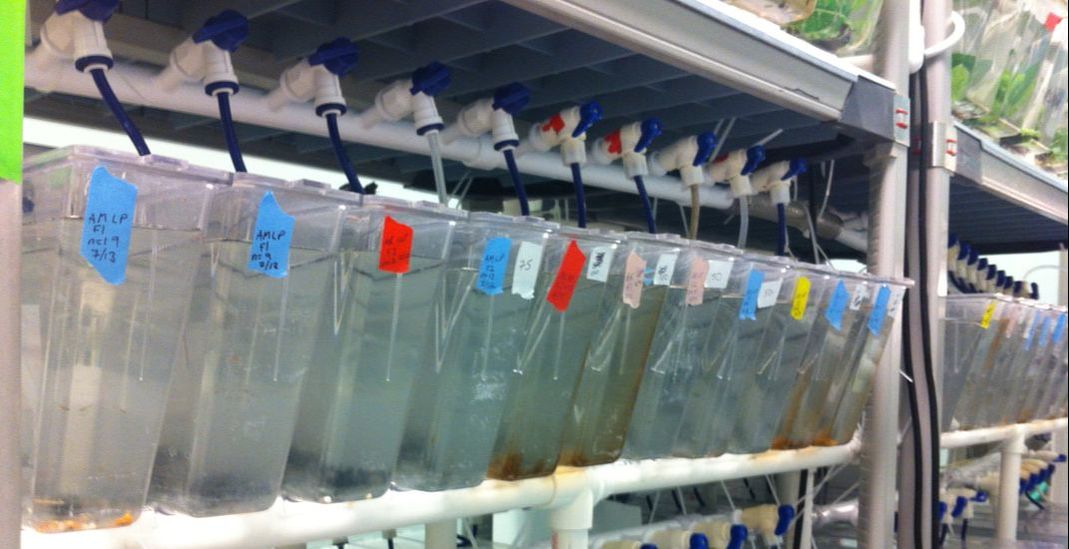 In collaboration with Dr. Eugenia Zandona at Universidade do Estado do Rio de Janeiro, I used SIAR mixing models to estimate the diet proportions of different food types for guppies in different habitats in Trinidad. The SIAR model was also used to assess the contribution of these different diet items to  carbon and nitrogen in guppy tissues. Published in Scientific Reports. 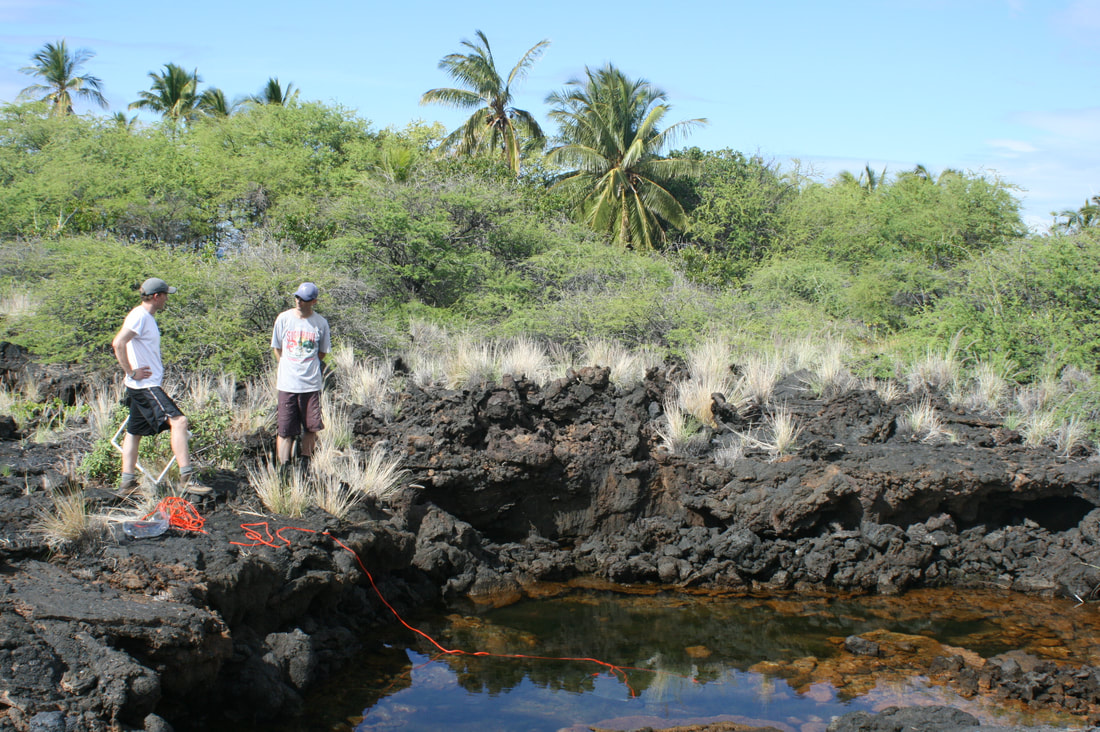 As part of a Cornell University graduate field course in ecology, I surveyed the abundance of an endemic Hawaiian invertebrate grazer, the ʻōpaeʻula, in anchialine ponds in coastal Hawaii. We found that both the presence of predatory fish and the presence of nutrient enrichment increased algal standing stocks and decreased the abundance of this native grazer - creating 'double trouble' in paradise. Published in Oikos.

Effects of cormorants on river herring abundance in spawning lakes

River herring populations have been in decline for decades, just as double-crested cormorant populations were surging along the northeast coast of the United States, including during the spring spawning runs, when cormorants would aggregate at known spawning sites. Cause and effect or spurious correlation? Using population estimates, bioenergetics modeling, cormorant diet sampling, and stable isotope analysis, we found that cormorants did not significantly increase mortality of adult river herring, but were dependent on river herring to subsidize their reproductive efforts in coastal Connecticut. So, while river herring need not fear the arrival of the cormorant, the cormorants may fear the disappearance of the river herring. Published in CJFAS and Auk.